Dream… I saw the calendar and I saw a finger underline the month of December slowly. The finger moved slowly and very deliberately as it highlighted that month. With the greatest of emphasis it seemed to forcefully push down on the line under December. Then it flipped over to January. Just as in the previous month January was underlined slowly and forcefully.

The scene shifts away from the calendar to a scene where all I saw was long food lines. I saw people waiting for what seemed like hours to get things. It was strange to me that as I saw them standing in line that I did not see any cars around. This scene played out throughout the nation.

Yet again the scene changed and I saw ships in ports on both the east and west coast that were just sitting idle. There was nothing moving in or out of the ports. I saw headlines that said, Global trade had come to a standstill and nothing was moving around the world.

There was a great sadness over the land. People seemed very dazed and confused almost as if they were in shock. Among the lines of people there were Christians who seemed to stand out from the others in line by the countenance on their face. They had faith, they had hope in Christ and they appeared in my dream to radiate a light from within. They glowed like embers that were burning very brightly. In their hands they were carrying torches wherever they went.

I saw what looked like shopping malls that had been converted into shelters. They were used as living quarters. It reminded me of hurricanes in the past and buildings being repurposed to provide aid during a disaster.

All the businesses in those malls were shuttered. Everywhere I looked I saw people on cots. I saw food and medicine outreach groups had gathered supplies. I saw people who were misplaced and had lost connection with their families. It was not like a homeless shelter situation. This was like something that had happened unexpectedly that had caused large numbers of people to suddenly need food, medicine and shelters.

As I gazed over the landscape, I continued to see shuttered properties and businesses everywhere. I saw people in homes who were wearing coats. I saw people stand at the windows of their homes with the curtains barely opened peering out to see what was happening. This has been a consistent thing in several of my dreams as I would see some people looking out of their windows and then some would quickly close their curtains as if they did not want to know what was going on around them.

I could see more of a snow substance that was on the road. It was a dingy dark gray. It wasn’t white like pure snow after a fresh snowfall.

I saw several headlines. One said, “nationwide outages plagued the south-west”. Another headline said, “Americans don’t know who to blame for the darkness”. I seemed to zoom out and could see that some of the darkness stretched beyond the United States borders into Canada.

As I looked across the nation, I saw many places in America where the lights were flickering. I saw the whole country as an outline of the United States of America including Alaska and Hawaii and it was like that moment just before a flame goes out and begins to flicker. That was what it looked like across the nation. It was like America was a light bulb about to go out.

I saw a spirit of depression that appeared as a figure, as a creature. It had a face mask on but on the edges of the mask I could see that it appeared to be smiling as it was choking people and not allowing them to breath and pushing them down to the ground.

Then I saw the St Louis arch. I saw people standing under the arch. They wore expensive business suits. All of them also had on expensive watches. At their feet were these briefcases. They seemed to be oversized. At that moment I was reminded of hearing about a nuclear suitcase. In the past I had heard of stories about “suitcase nukes” and how their size would make it possible to smuggle these nuclear devices across borders without being detected.

Suddenly all of their alarms on their devices went off at the same time and they each grabbed the large briefcases and got into these black SUVs that were waiting for them. The Mississippi river goes right through and divides the country near where they were. After getting in the black SUVs, they went east and then they separated and were heading in different directions.

Each of them had a Wall Street journal newspaper under their arms. They each had heavily tinted sunglasses. The next headlines that I remember were about market crashes and yields being lost. Strangely one of the headlines declared sympathy for the swastika.

I saw masses of people. I saw tired crowds; I saw up close individual tired people. I saw many who had lost the resolve to fight due to the emotional weight of events. There was a shadow of depression that had covered the nation.

I heard Christians speaking. It was that group of Christians that had been going around with hope. I heard them saying that they remember what Jesus had said about the winter and having to flee in winter but in spite of all that they had seen, they kept encouraging one another’s faith.

I saw lights all over the country and I knew these lights were houses that had become Churches. It was not traditional Church buildings but houses in neighborhoods that had become places for people to gather and meet and support each other. I felt in my spirit that these homes were keeping a light on while everywhere else was in darkness. They were sources of warmth and hope on their streets and in their communities.

Then that white figure that I see in many of my dreams rose up out of one of those homes that were as lights, and he said:

“Brace yourself, brace, brace yourself on the Word
and My promises and do not rely on your own strength. “ 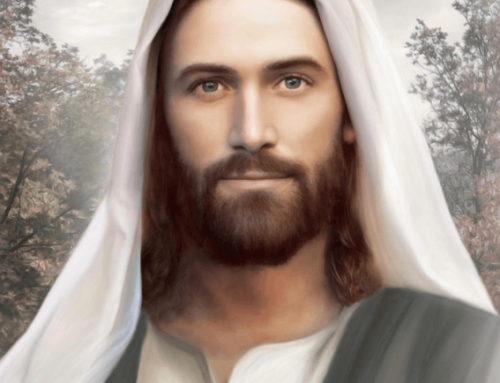